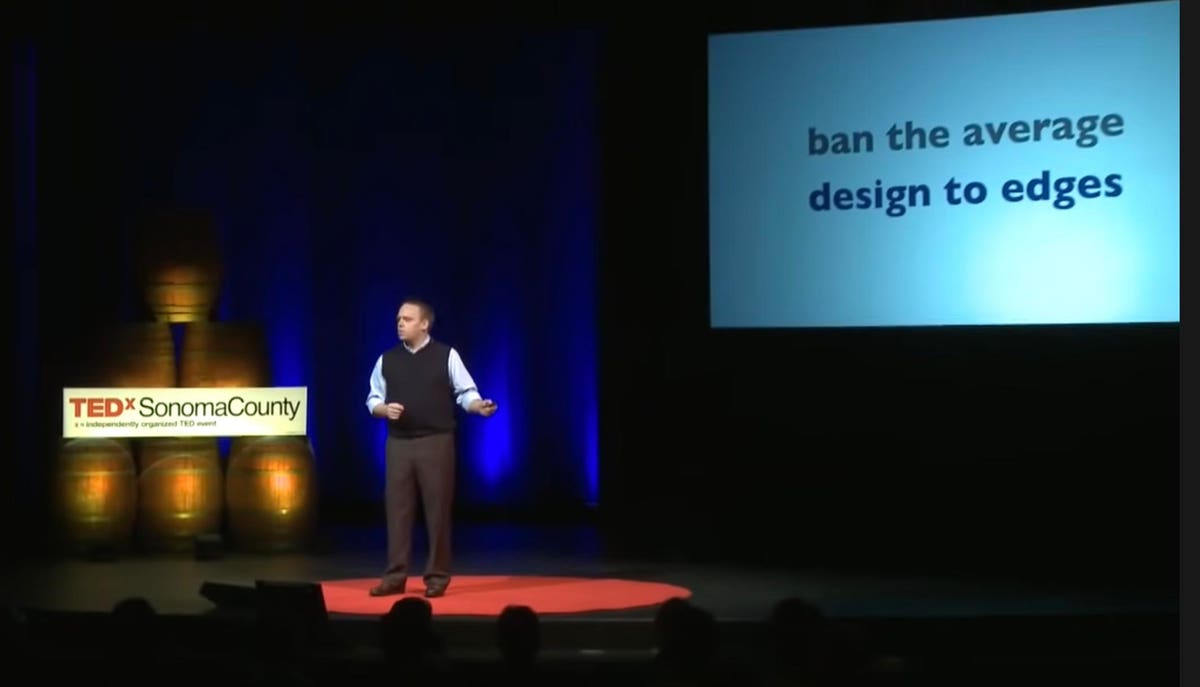 It was by chance that in the middle of the STOP award, I interviewed Todd Rose on on the square. Rose, educator and author, uses research to identify the basic thinking and behaviors we engage in that can interfere with our ability to thrive in most situations. Take his 2017 book, The end of the mean, Unlocking our potential by embracing what makes us different.

“We’ve been living in a society for a hundred years and something [that is] deeply standardized … Whether it’s the way we think about people, [or] the way we structure our institutions like education … the assumption that measures comparing us to an average – like cumulative averages, personality test scores, and performance reviews – reveal something significant about our potential is so ingrained in our consciousness that we don’t even question it. This is spectacularly – and scientifically – wrong.

In fact, averages are, by definition, measures of mediocrity, the lowest common denominator, the results of which can be seen in today’s education system. Rose, who previously headed the Laboratory for the Science of Individuality at Harvard University and has since founded Populace, a think tank dedicated to recognizing and focusing on the needs of the individual, not a format unique in education or wholesale society, is right. Standardization was However, when this public education enterprise started,

Horace Mann’s vision was a structured and uniform education system that blurs any diversity of culture and thought into one homogeneous (and Protestant) worldview. This was deemed necessary for a newly diverse country with hundreds of weird and different cultures emerging here at once. How can we make citizens into people who have not learned to become citizens? It is always a noble goal to do so.

In his book, How to Educate a Citizen, ED Hirsch says “All of the early school thinkers in the United States believed that everyone should know about the ideals of freedom and tolerance because it was believed that you could build a nation on these new ideas of the Enlightenment.” But it is possible to turn students into good citizens. in this advanced age, without pencil or paper, without a single physical teacher guiding students in rows regardless of how they learn. How? ‘Or’ What ? By treating them as individuals, not as averages.

Rose illustrates the importance of unique individuals instead of averages using a 1952 US Air Force problem. “They had great planes, great pilots, but they did poorly in training exercises. They blamed the pilots, the flight instructors, the “new technology”.

“What happened was that once we understood that there were no averages, you could continue to build a science that starts with human specificity and grow from there. . And what’s been so cool is that we were talking about cancer research and treatment, nutrition or even education… we see the exact same thing: there just isn’t an average person. “

As industries around the world understand, education, he says, is “the latest industry that not only enables average-based design; it encourages him! “

In education this is called developmental appropriate, but around grade four we set expectations that students meet and teachers teach to achieve the average. When the ‘average’ fourth grader knows more and the goal is to master the grade point average, he or she stays below the cap and is rewarded for doing so. “Today we have the technology and the know-how to evolve incredibly individualized environments and that doesn’t mean isolation,” says Rose. “Not at all.”

The well-being father-turned-professor at Harvard says that “Classrooms are the cockpits of our economy, and to make them optimal for students, we need to do what the Air Force has done: ‘ban the average ‘. They were faced with spending more and achieving poorer results. They learned that their hundred million dollar fighter jets needed flexibility, not consistency. In education, we spend more and perform less well. The solution is what the Air Force discovered almost 60 years ago: we need to design classrooms around each individual, rather than an average of all.

“We have 1.2 million high school dropouts every year and we know,” says Rose, that “at least 4% of those dropouts are known to be intellectually gifted,” which means we’re losing 50,000 of our minds the brightest every year. And that’s just what we know.

“So far we’ve just blamed the students. We blame the teachers. We even blame the parents. Like the Air Force cockpit problem, the real problem is poor design. The education system in which we continue to invest and trust is designed to accommodate an “average” student. As the USAF found out, but our education system didn’t, there is no average!

COVID has made it possible for parents to see behind the American school’s “green curtain” and realize our spending mistakes. Advocates of treating students as individuals instead of average daily attendance widgets could have a perfect storm for the rest of this year and 2022. There is a golden opportunity to make significant change. Todd Rose shows how. This is another reason the STOP award exists: to recognize those who have taken on the challenges of COVID by focusing on the individual needs of students, breaking out of a systematized approach to doing things, and stimulating more d innovation and success for individuals, not mass averages across the country.