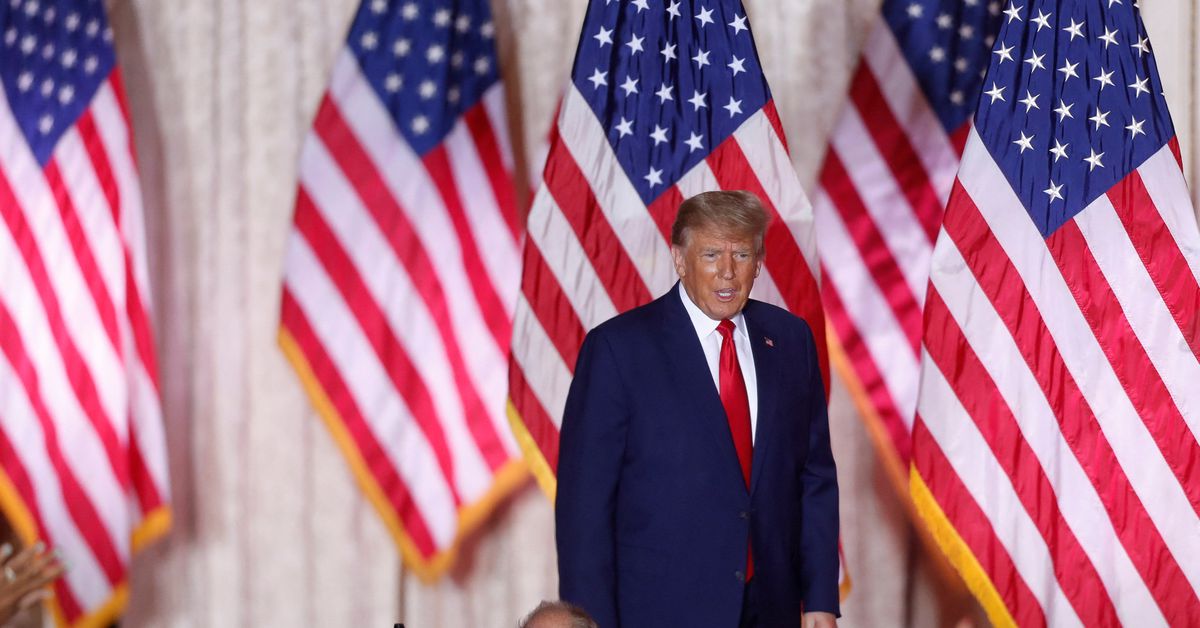 Nov 16 (Reuters) – Shares of companies linked to former U.S. President Donald Trump reversed course to fall on Wednesday, following a recent rally ahead of his launch of a bid to resume the presidency in 2024.

Trump made the announcement on Tuesday, aiming to edge out potential Republican rivals, a week after midterm elections showed the party hadn’t won as many congressional seats as he had hoped.

“The likelihood of a Trump victory has been reduced after the failure of Trump-backed candidates in the last midterm elections. Therefore, I think the knee-jerk reaction will remain short-lived,” said Ipek Ozkardeskaya, senior analyst at Swissquote.

Shares of Digital World Acquisition Corp (DWAC.O), the blank check company seeking to take Trump’s social media venture, Truth Social, to the public, fell 4.8% in early trading. The stock was 10% higher in the hours leading up to the market.

Earlier this week, DWAC reminded shareholders to vote in favor of extending the deadline for completion of the proposed agreement with Truth Social.

Artificial intelligence solutions company Remark Holdings (MARK.O), which has been linked to the former president on social media sites, fell 2.6%. Reuters could not independently verify the connection between Trump and Remark.

Remark and Phunware had gained 5% and 13% before the opening bell.

Reporting by Shreyashi Sanyal in Bengaluru; Editing by Devika Syamnath