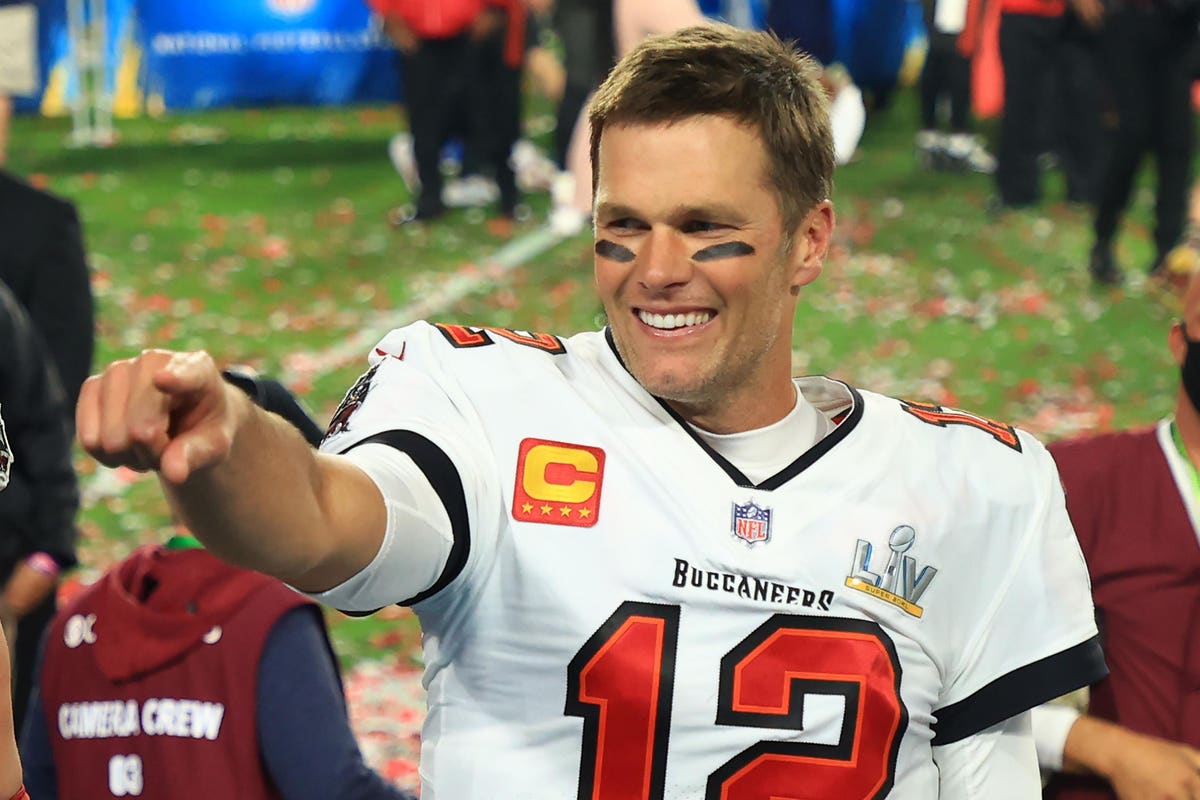 On Tuesday, Tom Brady – considered football’s greatest quarterback of all time – announced his retirement from the NFL. In his more than two decades of professional football, Brady, 44, has won seven Lombardi Trophies, the most championships won by a single player. He also won five Super Bowl MVPs.

“I’ve always believed that the sport of football is an ‘all-in’ proposition – if there’s not 100% competitive commitment you won’t be successful, and success is what I love. so much in our game,” Brady said. in his statement on Instagram. “Every day there is a physical, mental and emotional challenge that has allowed me to maximize my highest potential. And I have done my best for the past 22 years.”

Brady, who led the Tampa Bay Buccaneers to a Super Bowl title last season and the NFC South championship this season, has been adamant for weeks that he never wants a “farewell season.” sources told ESPN. And on Tuesday, less than a week after the Buccaneers were eliminated from the Super Bowl following a loss to the Los Angeles Rams, Brady officially announced his retirement.

Not surprisingly, Brady has received plenty of praise on social media.

“Memories that will last a lifetime. Thank you, 12,” the Tampa Bay Buccaneers (@Buccaneers) posted on Tuesday.

Reaction and interactions on social networks

Tom Brady’s impact on professional football has been noted across the social media spectrum. And it wasn’t just the outpouring of fan messages.

Brady’s own social media presence increased following the announcement of his retirement, according to data team at the unified CX platform, Emplifi, which offered a deep dive into social platforms.

On Facebook, Brady added around 6,800 fans and had around 179,000 interactions, well above his normal 30,000 daily interactions. However, his January 25 posts — following the Tampa Bay Buccaneers’ loss to the Rams — had sparked even more engagement, with 226,000 user interactions on the social network.

“It’s no surprise that the announcement of Tom Brady’s retirement is lighting up social media, given his status as a sports star and influencer,” said Bob Gearing, head of global business at Emplifi.

“On Feb. 1 alone, Brady added 215,000 followers, while he normally averages around 7-8,000 a day. That same post got 4.2 million interactions, underscoring how Instagram is the platform form of choice for influencers and celebrities looking to engage with their fans and followers,” Gearing explained via email.

“Reactions on Brady’s Twitter and Facebook profiles also increased following his announcement,” Gearing added. “Interestingly, on Facebook, his January 25 post, in which he thanked his teammates for a great season, actually got more engagement, at 226,000, than his retirement post on February 1, with 179,000 interactions. And, by announcing his retirement on his social media, Brady was able to control the communication, first sharing his news with his fans and followers.”

Love him or hate him, Brady has certainly caught the attention of football fans this week on social media.