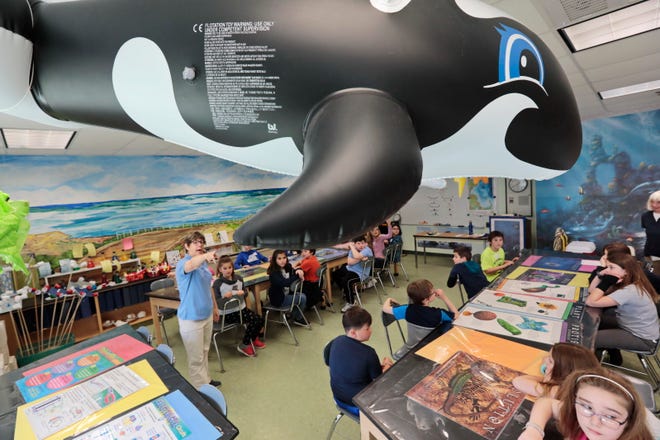 NEW BEDFORD – The Sea Lab Marine Science Education Center will be renamed in honor of the late Dr. Frederick M. Kalisz Jr., as he was instrumental in the search for the current Sea Lab home in July 2005 .

The city’s former mayor died of complications from COVID-19 on January 27. In March, the school committee received a request from the city council to name a school or establishment in its memory. After discussion with the facilities subcommittee to review the request and make a full recommendation to the school committee, it was announced at the July 8 meeting.

When changing the name of a school or institution in honor of an individual, there are four elements of approval: institutions should not be renamed unless the person, persons or entity of which they are presently named are dishonored; if a person, persons or entity proposes to have an establishment named for them are alive, their consent must first be obtained; if that person is deceased, the family or survivors should be taken into account; no request for authorization from the school committee to appoint the establishment will be taken into account at the first meeting of the committee during which it was presented; and the nomination requires an affirmative vote of five members of the school committee. Since the name change was first mentioned at the July 8 meeting, action could be taken at second reading at the next meeting.

School committee member Bruce Oliveira asked Assistant Superintendent of Finance and Operations Andrew O’Leary to ask Community and Public Affairs Manager Arthur Motta to research the history of the names of the three current middle schools. After consideration, the school committee felt that it would not be appropriate to rename a college due to the current criteria, therefore the Sea Lab education center was considered.

Sea Lab’s marine science education center will be renamed the Dr. Frederick M. Kalisz, Jr. Center. The names of Sea Lab and William H. Taylor School will remain, but the name of the educational institution will change and will be reflected in the signage. The school committee voted unanimously in favor of the proposal.

Oliveira said he had asked a representative of the family and the family herself for permission, to which they responded that they would be honored. O’Leary, Mayor Jon Mitchell and the Kalisz family will meet to discuss the inauguration.

As mayor, Kalisz was instrumental in building the Sea Lab

â€œThere is no doubt that Mayor Kalisz was instrumental in the construction of this building and the enhancement of this program,â€ said Mitchell. â€œSea Lab has been around for a while, but I think it took it to the next level when this facility was rebuilt and the program moved there. ”

Mitchell said the centre’s renaming was “a fitting and fitting tribute to him” and would ensure to have a ceremony for the honor.

School committee member Josh Amaral also commented favorably. He said this was an appropriate meeting to adopt this proposal, as the committee was discussing buildings from the early 2000s, earlier. He said that while funding was not available to build as many facilities as proposed at the time, Kalisz was ahead of its time in considering the future of schools.

“His impact on the city is being felt in many ways, but he certainly deserves and deserves the honor of having a school building that bears his name,” Amaral said.

School committee member Joaquim “Jack” Livramento was also in favor. As a member of United Interfaith Action, he recalls that Kalisz often got together to help “turn our communities back” and “move in a positive direction”.

â€œIt just continues this legacy of generation to generation transmission, the ability to help each other as we move forward on this road of life,â€ said Livramento.

Standard-Times editor-in-chief Kerri Tallman can be reached at [email protected] Follow her on Twitter at @kerri_tallman for links to recent articles.

Support local journalism by purchasing a digital or print subscription to The Standard-Times today.