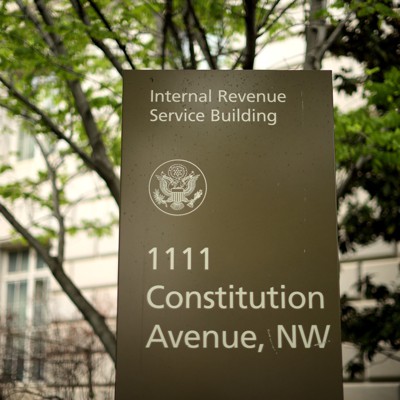 The Treasury Department is direction the Internal Revenue Service to discontinue use of the ID.me online identity verification service as part of a new online tax filing process.

The ID.me system required users to submit a selfie video as part of the identity verification process used for taxpayers who wish to file their tax returns directly with the IRS – a new service offered for the first time this season deposit.

In a Feb. 7 press release, the IRS said it would discontinue the third-party service and “expeditiously develop and bring online an additional authentication process that does not involve facial recognition.”

“The IRS takes taxpayer privacy and security seriously, and we understand the concerns that have been raised. Everyone should feel comfortable with how their personal information is secured, and we are looking for prompt short-term options that don’t involve facial recognition,” IRS Commissioner Chuck Rettig said in a statement.

“Quite simply, the infrastructure that powers digital identity, especially when used to access government websites, should be managed by the government,” Wyden wrote in a letter to the IRS on Monday. He said it is “alarming that the IRS and so many other government agencies have outsourced their core technology infrastructure to the private sector.”

Wyden noted that the local government service is not yet widely used, “in part because many agencies have flouted Congress’ mandate that they use it, and because successive administrations have not prioritized to digital identity.

Login.gov, the government’s single sign-on service, is operated by the General Services Administration. It offers identity verification capabilities. According to an official from the Government Accountability Office, the IRS had took into consideration using it, but ultimately decided not to use it because it couldn’t provide a high enough level of assurance.

The Oregon Democrat hailed the IRS kingpin in a statement saying, “I understand that the transition process may take time, but I appreciate the administration’s recognition that privacy and security are not at stake. are not mutually exclusive and that no one should be forced to undergo facial recognition to access essential government services.”

Wyden isn’t the only member of Capitol Hill pushing for the government to play a bigger role in identity management.

A bipartisan Invoice sponsored by Rep. Bill Foster (D-Ill.) would force the government to look at ways to be more active in digital identity verification.

Republicans on the Senate Finance Committee also highlighted the government’s role in its response to the use of ID.me, writing last week that “the IRS has unilaterally decided to allow an outside contractor to stand as the gatekeeper between citizens and needed government services.”

Last fall, Login.gov secured an investment of nearly $187 million from the Technology Modernization Fund. At the time, a GSA spokesperson told FCW that Login.gov wanted to use that money to attract bigger agencies with high-profile public missions.

But login.gov is limited by several factors, including the fact that it must be recoverable. Agencies are also currently required to use the full program without the ability to use only some of login.gov’s features.

Wyden urged the Biden-Harris administration to “own this problem” by “removing red tape that prevents the GSA from accessing and using for identity verification purposes photographs and other data held by the Departments of Motor Vehicles and the Social Security Administration”.

“These pilots should be expanded nationwide, along with a call center that can video verify people who, for various reasons, cannot be verified in person,” he continued.

The IRS continues to face pushback from Capitol Hill for its decision to use the service, which uses biometrics to verify identities.

Representatives Ted Lieu (D-Calif.), Anna Eshoo (D-Calif.), Pramila Jayapal (D-Wash.) and Yvette Clark (DN.Y.) wrote another letter sent to the IRS on February 7 where they asked about the potential for cyberattacks targeting a biometric database and the accuracy and potential bias of biometric technology.

“We urge the IRS to halt this plan and consult with a broad range of stakeholders before deciding on an alternative,” they wrote.