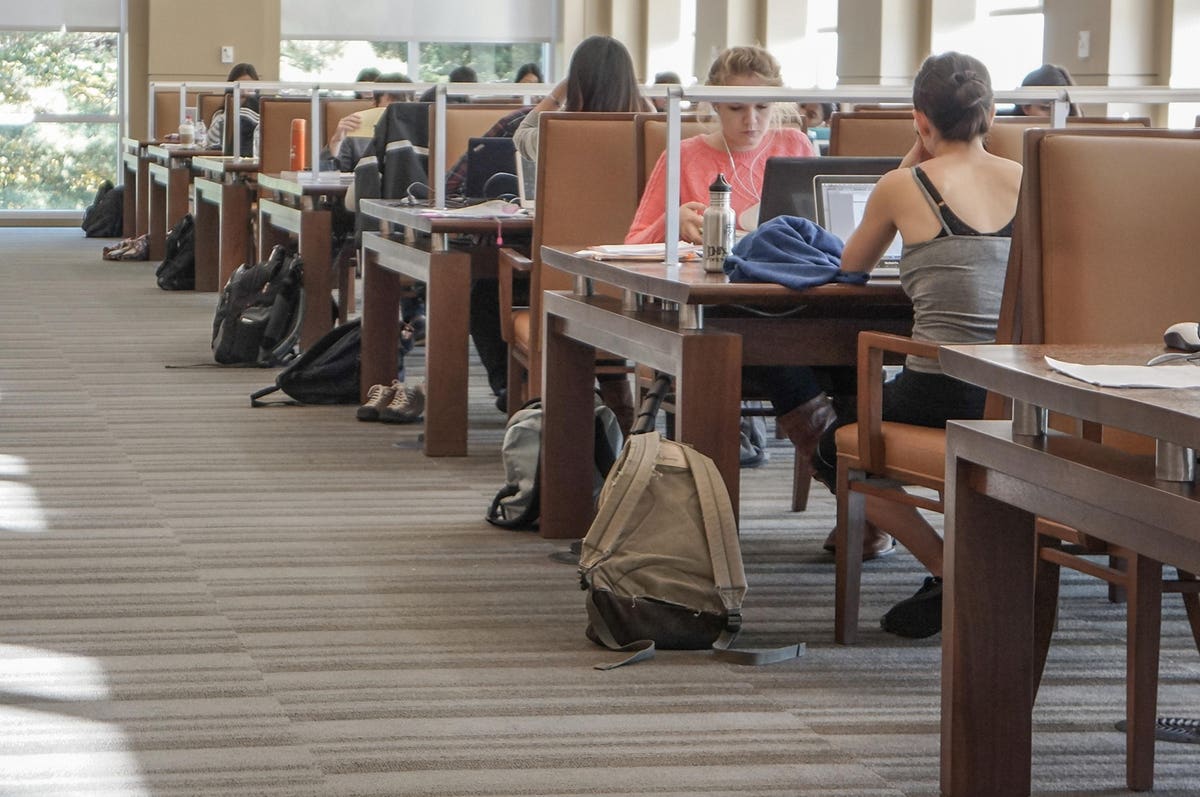 Education has long tried to understand and address the intersection of traditional models of education and the need to diversify learning to meet the needs of all students. From blended learning to equitable education, schools recognize that instruction and outcomes suffer without engaged students.

Some are now considering collaborative classroom setups with teachers to meet the challenges of a teacher, a class model. Advocates say combining diverse expertise in the classroom can provide greater student engagement, better emotional health, and the learning goals schools seek.

While future efforts may bring promising results, there are lessons to be learned from individuals whose discouraging past educational experiences have caused them to seek alternative paths. After being told by a high school educator that he was destined to pump gas, Cody Caplinger, co-owner of Click Solarnow operates a successful $80 million business built on persistence and a desire to prove doubters wrong.

His story is one of lawnmowers, pizzas, mattress sales, solar learning and time-tested tactics, but ultimately it’s a story of courage. This reporter sat down with Caplinger to hear his account of a past that was as fun as it was educational. Future young entrepreneurs could learn a thing or two from the will and determination of a man who knew when to use his imagination and hard work to get results.

Rod Berger: Cody, could you give us a 10,000 foot view of the business and how it started. Where are you currently?

Cody Caplinger: Yes, I started Klick Solar in 2019 with my business partner Chase. It started with myself, him and a few other friends. We’ve grown to about 130 vendors and W2 employees combined.

We started out as a sales organization but have gone fully vertical, meaning we do our own installations and grow our teams. We’ve had approximately $80 million in sales over the past three years and have doubled in size every year we’ve been in business. We cover the entire footprint of Colorado and southern Oregon, where I’m from.

Shepherd: What led you to the decision to enter the solar sector?

Caplingeur: Before solar, I was in the mattress industry and ran a chain of mattress stores in Colorado. I was very frustrated because you are at the mercy of anyone who walks into the retail store for sales volume. Marketing happens to be a bit of a guessing game. Someone told me that 50% of your marketing works, but you never know which 50%.

The walk-in component became a pain point, and at the same time businesses began to appear online, shifting retail purchases online. The model revolutionized the mattress industry, but it frustrated retailers.

I wanted to change companies and was looking for something that would stand the test of time. So I targeted businesses that would not fully transfer online. I tried to control this “door knock” so that I could control the income the business might receive.

I always believed that solar was the future. I think every house in America will have glass on its roof. I did my research and found that solar energy sells well through door-to-door. This was the light bulb moment when I realized I could control the door opening if I knocked on the door and didn’t wait for the customer to walk through my door. It became a matter of pumping up sales reps and hard workers.

Shepherd: Is there anything specific to solar that stood out to you?

Caplingeur: I’m passionate about solar and see it as the future, and it’s also the right thing to do in terms of renewable energy. It’s a legacy play for my grandkids when I get to that point. I want them to say, “Hey, my grandfather helped change the world. You look at what is happening in the world and the prices of gasoline. We almost got into World War III because of oil a few years ago. Change is vital, and solar is one of them.

Growth of an entrepreneur

Shepherd: In your experience as a young person and as a student, what gave you the confidence to launch into entrepreneurship? I think it’s important for the next generation to understand what made you make the choices you made.

Caplingeur: What shaped who I am was first raised by two entrepreneurs. My parents owned businesses and encouraged me to think outside the box from an early age. My older brother bought me a lawnmower for my 12th birthday. I’ve always loved business, so it taught me to go door-to-door and sell clippings for people’s lawns.

In high school, I worked at a pizza place and was frustrated that I didn’t make as much money as mowing lawns. I lived on a ski mountain, and when the roads closed because of the snow, all the truckers on Highway 5 parked their trucks everywhere.

Walmart parking lots were full of them. So I would fill my car with 40 pizzas and knock on the doors of the tractor-trailers to sell them. The truckers were hungry, and it worked. They turned on their headlights and honked their horns. I went on their CB radio and did a little sales pitch at one point. It was great.

Doubt as a driving force

Shepherd: It seems that you have an innate motivation. Apart from your family influence, how do you think it took shape?

Caplingeur: Equally important for my development is that many people have doubted me in my life. As early as high school, a teacher told me that I would end up pumping gas at a gas station. In Oregon, you don’t pump your own gasoline; there are pump attendants. This statement represented one of the lowest job opportunities. So when people doubt me, it’s such a blessing because it puts a chip on my shoulder and gives me another level of motivation.

When I decided to go solar, I naturally moved to a solid solar business to learn the ropes. Ironically, I met someone in a networking group who was very wealthy, and they took me out for coffee and said, “Hey, I’d like to open a solar business. Would you be interested in a partnership with me? I told him that was my goal.

After about a month of trying, he sat me down and said, “Hey look, you just don’t have enough experience. You haven’t been in the business long enough. So I found someone else and I’m partnering with him.

This is the most incredible thing that could have happened to me. It put such a chip on my shoulder to prove that I could do it and grow much faster. By the way, that other former partner is now bankrupt, but I’m not proud because I want everyone to succeed.

Shepherd: You possess such courage and perseverance throughout your journey. When you partnered up again and formed Klick Solar, did you have any money to invest in the company?

Caplingeur: My partner Chase had three years of solar experience and I saved some money. I put most of the end equity to start, and it turned into a 60-40 split between me and Chase. There wasn’t much money to get started, just enough to barely survive and keep the business afloat.

We didn’t get paid at the start and we didn’t grind our noses to get there. Starting with so little money has proven to be a blessing because we’ve been able to operate virtually debt-free since we’ve been in business. You work hard to figure it out when you have no other options.

In a world filled with unicorn investors and big seed capital startups, it’s helpful to learn the simpler stories of entrepreneurs who used modest, debt-free ways to get their businesses off the ground. Caplinger may have missed out on a potential early collaboration and investment in his first solar manifestation, but that proved to be the slight driver of his future success.

As education adapts and evolves towards alternative forms of learning, perhaps stories like Caplinger’s can serve as valuable guides for inspiration. Hearing words of doubt early on can be overwhelming for some people, but discovering success fueled by skeptics can offer a ray of hope.

Interviews have been edited and condensed for clarity.