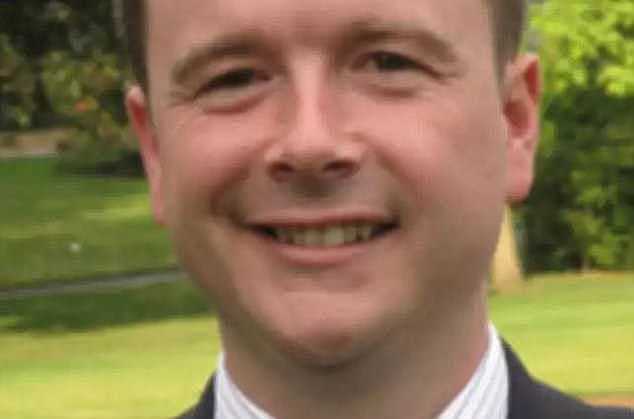 By Gemma Parry for Mailonline

A teacher who was banned from working in schools after discovering he had posted pictures of students on a Russian website used by pedophiles has landed a job as a lecturer at Lancaster University.

Steven Birkett, who was Head of History at Chenderit School, Middleton Cheyney, Oxfordshire, admitted to sharing photos of pupils in uniform on the website without permission from the school or parents between 2007 and 2017.

The former Labor New Bilton ward councilor admitted to posting photos of at least two students – which he took on Facebook without their knowledge – for at least ten days, after creating an account using an email address containing the name of another student. .

Steven Birkett, pictured, admitted to sharing photos of students in uniform on a Russian website without school or parental permission between 2007 and 2017

A teachers’ disciplinary committee heard that none of the images were sexual or indecent, but that Birkett was allegedly aware that the site was used by paedophiles.

A TRA panel recommended a ban, after finding that his actions ‘could bring the profession into disrepute’, despite the fact that police were unable to press charges as no criminal law had been passed. violated.

Despite Birkett being banned from teaching at any school, sixth form college, youth accommodation or children’s home in England, he has been employed by Lancaster University since 2019, tab found.

The University expressed satisfaction that there were no safeguarding issues with him teaching undergraduate students.

The University expressed satisfaction that there were no safeguarding issues with him teaching undergraduate students.

According to a statement from the University, Birkett is working as a graduate teaching assistant as part of his doctoral studies.

According to a statement from the University, Birkett is working as a graduate teaching assistant as part of his doctoral studies.

His online profile on the University’s website indicates that he works in the Department of History.

“His appointment has been thoroughly investigated in consultation with the Department for Education and the General Education Council and we are satisfied that there are no safeguard issues with him teaching students undergraduate,” the university said in a statement.