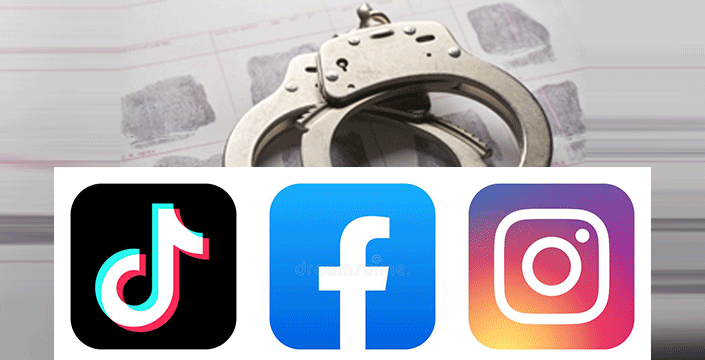 The families of three-year-old boy Samuel Yohannes will never forget October 16, 2022. Their maid left the house with the boy, claiming to shop at a kiosk. They assumed the two would have encountered anything outside after being lost for about thirty minutes. They did not know that the maid had kidnapped the boy and was trying to demand a ransom from the family.

This image went viral when people reposted and shared the terrible news on their social media pages in a bid to support her recovery. Their efforts finally paid off thanks to various social media users, as the families were able to locate their abducted loved ones after 14 days.

But this is not the first time people have tried to use social media to spread the message in circumstances like these.

People are taking to social media to post messages when they need help due to the recent rise in crime in the city. Many people use social media sites like Facebook and Twitter not only to find lost people, but also to find stolen cars and raise awareness of crimes happening in their neighborhood.

Facebook was used to track stolen vehicles whose registration numbers were posted by owners with a request for help locating them. There are also videos of robberies that have taken place all over the city. This is contrary to the trend observed in the past.

Social media, especially Facebook, has come under fire in recent years for its role in spreading fake and manipulated news, even to the point of influencing elections. As a result, governments have issued warnings to citizens to be careful of what they believe or disbelieve.

For this reason and many other examples in both developed and developing countries, social media is considered to have more negative consequences than positive results.

“I’ve seen messages before asking for help in finding a lost person,” said Etsegenet Abebe, a 23-year-old student who uses social media. “Normally I share it, and I see a lot more people sharing it on their pages as well, so I think that may have helped.”

When stories of heinous crimes committed by criminals are shared, many people respond with offers of support and calls for justice in an effort to help the victim or their family. Additionally, there have been instances where various anti-crime movements have gained traction by letting people know what is going on and how it can be stopped through social media interactions.

“It fosters a sense of community where everyone works together to solve crimes,” said fellow social media user Bethlehem Shiferaw, a 28-year-old social media user. “He can also act as the eyes and ears of the police force, because God knows they need the help of the communities.”

The Ethiopian Federal Police seem to recognize that the community can help and have repeatedly asked for help in locating criminals through their Twitter and Facebook pages. This can be a great strategy, especially if they maintain their interaction with the community, experts say.

However, there are many skeptics of this alternative use of social media, and the message of false and out-of-context information has made many people reluctant to interact with and help others based on what they see in their flow.

“It’s going to be really difficult because it’s the same platform that promotes crime in the first place,” said social media user Mahlet, 26, when asked how social media can help with prevention. of the crime.

Regardless of these reservations, some people have benefited from social media. The story that Gelila Seyoum, whose name has been changed at her request, seen on Tiktok, claims to have really helped her.

As the passenger next to her abruptly demanded that the taxi stop so he could get out, then changed his mind after the stop, Gelila said she had heard stories of scammers pretending to be taxi drivers on TikTok. This aroused his suspicions. She took the opportunity to get out of the taxi alone.

“What I watched on TikTok saved me from theft,” she said.