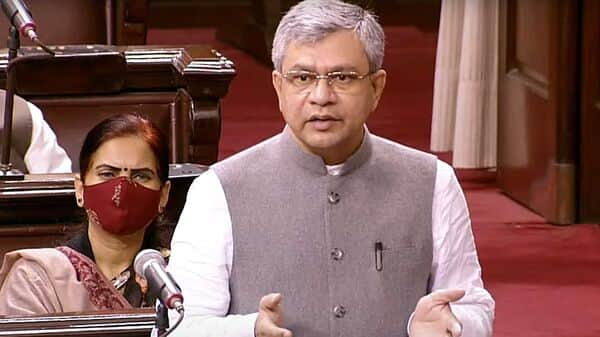 Information Technology Minister Ashwini Vaishnaw said on Friday the government was ready to impose stricter rules for social media if opposition parties agreed. He said social media should be made more accountable and that stricter rules in this regard could be introduced if there was political consensus on the matter.

The minister said that whenever the government has taken steps to make social media accountable, the opposition has accused it of restricting freedom of expression. “But that’s not the case,” he said during Question Time.

“If the House has a consensus, we are willing to provide even stricter rules on social media. I personally believe that for the protection of our citizens, we must make the rules stricter,” he said in responding to a question from Congressman Anand Sharma. whether a verification process to effectively control the functioning of social media is in progress.

The minister said that “we need to present a society and create a lot more social media accountability”. At that time, he added that the government is working within the constitutional framework and the role of the two states and the center must be seen in perspective.

Responding to a question about the action that has been taken against websites like “BulliBai” that targeted Muslim women, Vaishnaw said the government acted quickly when the breach came to its attention.

“We need to achieve balance and consensus to hold social media accountable to ensure the safety and security of our women and our future generations,” the minister said.

For that, he said, social media rules need to be tightened and if the opposition accuses the government of restricting free speech, then that is wrong. “We must move forward together in the new direction.”

* Thank you for subscribing to our newsletter.