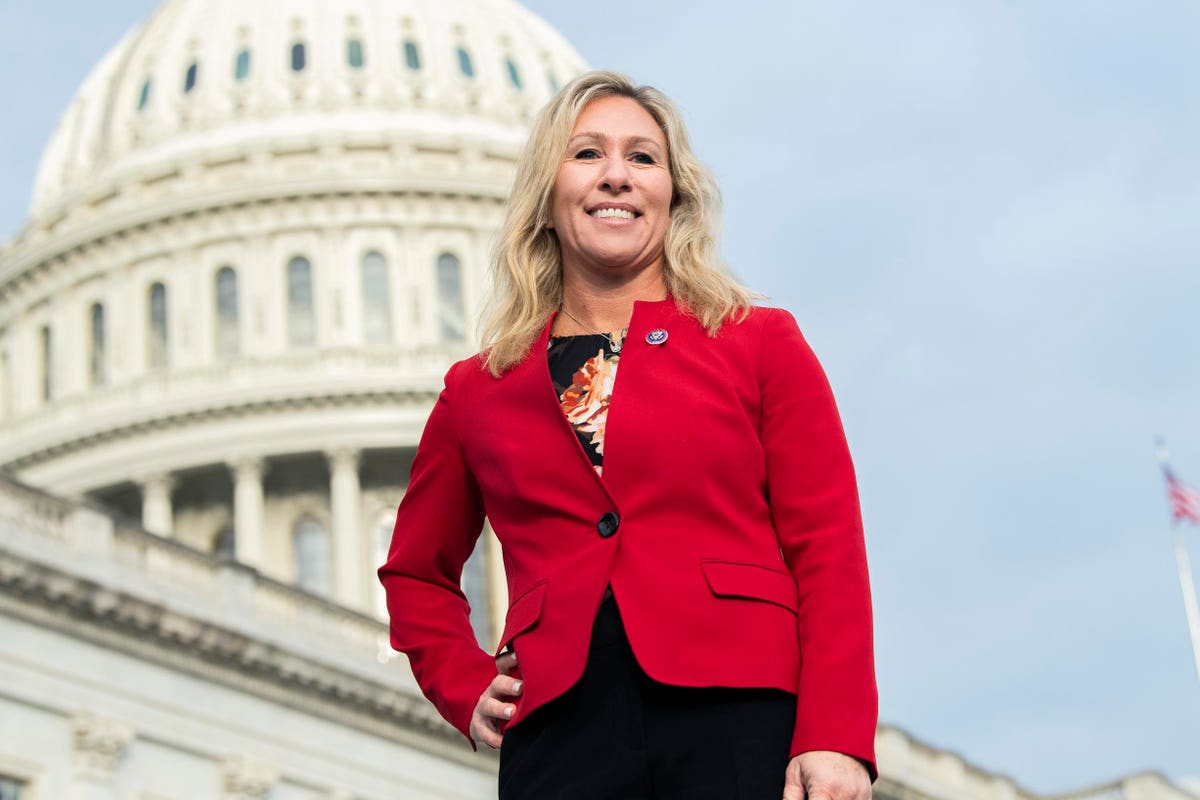 Since taking office in January, Representative Marjorie Taylor Greene (R-Georgia) has not been one to hesitate to argue and she speaks regularly on hot topics. On Monday, the first-year congresswoman took to Twitter to voice her opinion that the Food and Drug Administration (FDA) should not approve vaccines for Covid-19 because she claimed the vaccines were “failing.” and were ineffective in reducing the spread of the virus.

â€œThe FDA should not approve covid vaccines. There are too many reports of infection and spread of # COVID19 among those vaccinated. These vaccines fail and do not reduce the spread of the virus and neither do the masks.

Shortly after the tweet was posted on Monday evening, Twitter responded by posting, “This Tweet may be misleading. Get the latest information on preventative measures and COVID-19.”

A company spokesperson replied to CNN Monday and added that the tweet “has been tagged in accordance with our COVID-19 Misleading Information Policy. The account will be in read-only mode for a week due to repeated violations of Twitter’s rules.”

This is the third and most severe sanction that the social media platform has imposed on Greene for sharing false information. She had already been suspended for 12 hours from the microblogging service in January for sharing unfounded conspiracy theories about the second round of the Georgia Senate elections; and again in July for 12 extra hours to share misinformation about Covid-19 and vaccines. As CNN reported, Greene was temporarily suspended in March, but was later reinstated after Twitter said its automated system had acted in error.

There is an ongoing debate about what should be allowed to be posted on social media, especially from elected officials. However, Twitter has very specific guidelines in place when it comes to posting information related to Covid-19.

According to Twitter, this includes: “Content that is manifestly false or misleading and which may pose a significant risk of harm (such as increased exposure to the virus or adverse effects on public health systems) may not be shared on Twitter.” This includes sharing content that can mislead people about the nature of the COVID-19 virus; the effectiveness and / or safety of preventive measures, treatments or other precautions to mitigate or treat the disease; official regulations, restrictions or exemptions relating to health notices; or the prevalence of the virus or the risk of infection or death associated with COVID-19. Additionally, we may tag Tweets that share misleading information about COVID-19 to reduce their spread and provide additional context.

“To begin with, she has the right to say what she wants, but at the same time Twitter has the right to respond,” said Chris Haynes, associate professor of political science and national security at the University of New Haven.

“In that case, the consequences of what she said could put people at risk, it could lead to more hospitalization and could result in greater government spending if more people fell ill,” Haynes added.

As reported, this was Greene’s proverbial “third strike” and in the last two cases it was banned from publication for only 12 hours. This time the punishment was a whole week.

â€œYou could actually argue that it’s a little light in terms of punishment,â€ said Haynes. “Twitter needs to take a closer look at its policies and perhaps put some context into the kind of misinformation or even misinformation that has been posted.”

Obviously, much of what is posted on social media is personal opinion and not verified advice from expert sources. In Greene’s case, she did not cite any studies and did not support her claims in any way.

â€œThis is really the crux of the matter,â€ said Haynes. â€œThe political elites have really reduced expertise and no longer use sources to back up their claims. It’s really very different from friends discussing an issue like this around the water cooler, and that is much worse when elected officials say something which is then broadcast to the masses via social media. â€

So the question is whether social media companies should tackle the spread of this kind of misleading information – and if we might see more bans, and maybe ones that last longer than a week?

â€œFacebook, Twitter and the other platforms have yet to come to terms with this,â€ Haynes said. “But this is really about what the explosion of the Internet in general has meant for the spread of disinformation.”