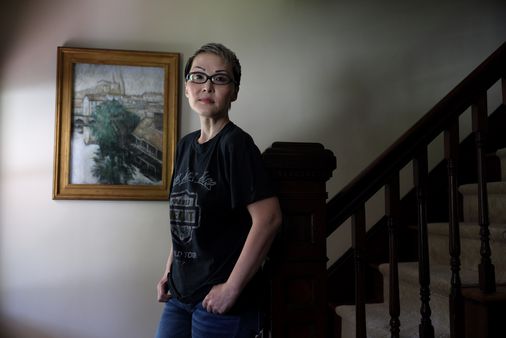 Tsai would soon learn that Jimmy was not who he claimed to be and that the account he helped her create was connected to a fake site he controlled. Tsai would go on to lose $2.5 million to a sophisticated type of romance scam that has ensnared thousands of people around the world. Like Tsai, many victims speak Chinese and are of Asian descent, traits they shared with their scammers and were exploited to gain their trust.

“Once you’ve been healed enough, it’s like quicksand,” Tsai said. “You’re so [badly] want to believe that what you are doing is true and that this relationship with this person is real.

Online romance scams have exploded since the start of the coronavirus pandemic. About 56,000 romance scams were reported to the Federal Trade Commission in 2021, more than double the number of reports filed with the agency in 2019. Last year, victims said they lost $547 million, or a 78% increase over 2020 alone.

Growing curiosity about cryptocurrency has served as a strategic – and lucrative – hook for scammers. According to the FTC, the biggest losses from romance scams were paid in crypto, totaling $139 million last year.

“The excitement about investing in cryptocurrency – coupled with a general lack of understanding of how it works…is just kind of a recipe for highly effective scams,” said Emma Fletcher, senior data scientist at the FTC.

The scheme Tsai fell for is believed to have originated in China, where it is known as the “pig butcher scam”. The unwitting victims are figuratively “fattened” – complimented, courted and adored for weeks – before finally being driven to financial slaughter.

Experts say scammers search for their victims on popular dating apps, like Hinge and Tinder, and social media sites, like Instagram, Facebook, LinkedIn and even Quora, before directing their conversations to encrypted messaging service WhatsApp. . Posing as successful investors, the scammers end up persuading their victims to buy increasing amounts of cryptocurrency, with instructions to transfer their assets to a bogus exchange website they control. Victims learn they have been defrauded when they discover they are unable to cash out their supposed investments.

“These websites are often either an imitation of a legitimate commercial website or a fraudulently created site,” Kristen Setera, spokeswoman for the Boston branch of the FBI, said in a statement to The Globe. The decentralized nature of cryptocurrency makes it nearly impossible for victims to recover their funds, Setera noted, “because unlike traditional bank transfers where a transaction can remain pending for days before settlement, cryptocurrency funds are immediately transferred”.

The FBI would not comment on Tsai’s case or confirm whether the agency was investigating it.

Unlike traditional romance scams, which tend to prey on older people, the targets of crypto fraud are younger. A survey of more than 500 victims of pig butchery scams contacted by the Global Anti-Scam Organization, or GASO, a volunteer-run victim advocacy and support group, found that the majority were millennial women and that almost 90% of them had a bachelor’s degree or higher.

According to Grace Yuen, a Massachusetts-based GASO spokeswoman, the scam, which allegedly began in late 2020, has spread from China and East Asia to the United States, Europe, Australia and in Canada, where authors have disproportionately focused on the Chinese diaspora.

“Certainly the pandemic has affected everyone a lot and kind of fueled that loneliness,” Yuen said. “I think the Asian community in general was quite COVID-phobic, and that … made them particularly susceptible to the scam because they kind of wanted to scratch that social itch, but they couldn’t in pandemic conditions.

Woman, a 30-year-old Chinese-American user experience designer in Brooklyn, lost $280,000 to three different scammers in a series of fake crypto investments over the course of a few months in 2021. The woman, who asked the Globe not to tag her for fear of losing her clients, met her scammers on Instagram, and they bonded over their common interest in Hong Kong Music and cinema.

Growing up in the age of chat rooms and MySpace, she says, it was not unusual for her to meet new friends on the Internet. Meanwhile, rising rates of anti-Asian violence in New York had made her reluctant to leave her apartment.

“If the outside world isn’t welcome in my presence, I’ll make friends online – that’s exactly how I felt,” the woman said. “The fact that they were apparently Chinese, that they spoke the same language as me, and that we had similar entertainment interests, that creates another layer of trust.”

Chitra Raghavan, a forensic psychologist at the John Jay College of Criminal Justice in Manhattan, considers romance fraud a type of gender-based violence, similar to domestic violence. Scammers who exploit the racial identity of their victims are particularly insidious, she said.

“When you target something as fragile as identity, especially minority identity in America right now…and make the connection dangerous [with other Asians]you give such an ugly message to young Asian Americans, which is don’t trust the men in your group,” Raghavan said.

Jimmy and Tsai texted sporadically. He would greet her in Chinese; she would answer in English. He shared photos of himself – posing at the gym, sunbathing and scuba diving – his French bulldog, the elaborate meals he cooked, his collection of exotic cars. She entrusted him with the end of her 16-year marriage, her immunotherapy treatment, her renewed religious faith.

Tsai, who was born in Taiwan and raised in Hong Kong, could sympathize with Jimmy and his plight as a new immigrant, struggling to learn English and make American friends. She had visited the Chinese region where he claimed to be from. She recognized the Chinese dishes he liked to cook. When he started calling her on the phone, they chatted in Mandarin.

“As an immigrant you might totally understand, and as a Chinese person you want to help them because that’s kind of what a lot of us do with new immigrants,” Tsai said.

For another victim, Elisa Warner, a 29-year-old graduate student from Michigan, what did more harm than losing her life savings — $32,000 — was the betrayal of her crook. Warner, who is half-Filipina, met Chris in the summer of 2021 on the dating app Coffee Meets Bagel. Chris said he was from Malaysia and worked for his family business in Vancouver. He was funny and flirtatious, and Warner easily fell in love with him. They were soon discussing their future, with plans to meet in Los Angeles.

“Worse than losing money is that I lost someone I thought was my friend,” she said, “someone I really trusted.”