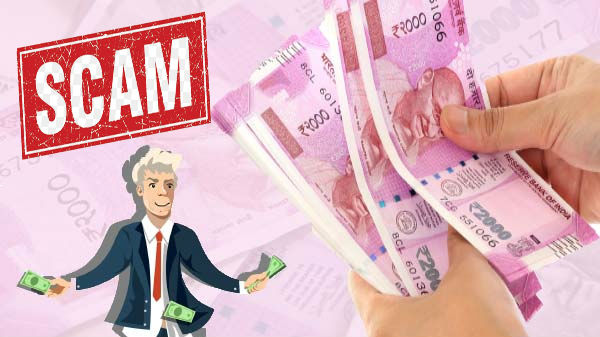 The festival season sale takes place across the country, both online and offline. As everyone purchases from online retailers from the comfort of their own homes, the number of fake websites increases. Several malicious ecommerce platforms are fooling shoppers during this holiday sale. There is an increase in sites claiming to see smartphone accessories and luxury watches among others.

Apparently, cyber authorities have come forward to protect online shoppers from this situation. Most of the time, these online scammers use the Facebook ad network to trick buyers looking for deals.

One of those portals that has duped hundreds of thousands of Indian users is wellbuymall.com. The portal has now been taken down, but it has already duped buyers in the name of selling tech products. Once the orders were placed and the money transferred, the site was gone.

Cyber â€‹â€‹fraud victim Sujeet Verma took to scamadviser.com to report that he had placed an order and paid online, but there was no response from wellbuymall.com. They did not deliver the order and it is a scam, added the victim.

Another victim, Sunil Gupta, said he placed an SSD order and made payment. However, the scam website that featured on the Facebook ads did not respond after the same. Recently, an Ayush buyer from Gurgaon ordered a mini pocket charger for smartphones priced at Rs. 1,668. He had no idea he would not receive the order. The buyer filed a complaint with the Gurugram Police Cybercrime Cell against the e-commerce site.

As the website has been deleted, the URL now displays a message in Chinese that translates to “Site Not Found.” Your request did not find the corresponding site on the web server! These online crooks follow a simple modus operandi. They just create an ad or a Facebook profile and sell products through their page, which will attract buyers to their portal.

When placing orders and making payments, these sites will delay shipping. Once Facebook completes the feedback process on whether the advertiser is a scam or legitimate, the scammers make a lot of money and shut down their operations. At this point, Facebook will report these sites as malicious.

According to cyber experts, it takes a month for Facebook to get user feedback and find out if an advertiser’s page is genuine. This period is more than enough for the cyber crooks to make a quick buck and run away. They pay a meager amount to advertise their poor products through Facebook, display fake and cheap products on their e-commerce portals, and fool shoppers.

This slow process of customer feedback makes innocent shoppers fall prey to these scammers as online scammers use it as an advantage before the social media platform declares these sites unhealthy and blocks them on Facebook and Instagram, added Rajshekhar Rajaharia, an independent cybersecurity researcher via IANS.

The only way to protect unsuspecting shoppers from these online scams and bogus shopping websites is to trust major portals like Amazon, Flipkart, Paytm Mall, etc.