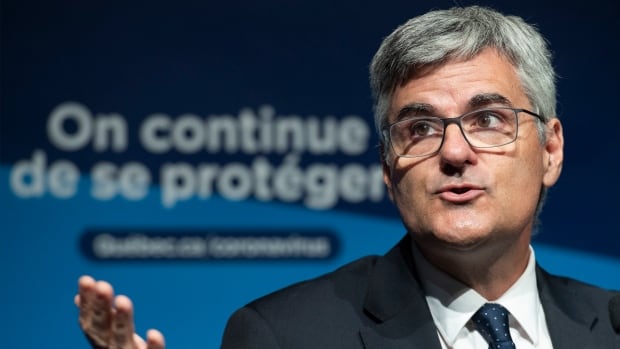 Quebec will take hundreds of government websites offline following the threat of an international cyberattack on a widely used logging system.

Some 3,992 provincial government websites could be at risk, including those related to health, education and public administration, according to Quebec minister of digital transformation in government, Eric Caire.

At a press conference on Sunday, Cairo said there was no indication the government had suffered a successful cyberattack and called the decision to suspend access to public websites as a “preventative measure.”

â€œWe were facing a threat with a critical level of 10 out of 10,â€ he said. “According to the new protocols of the chief information security officer of the government, [that rating] automatically calls for shutdown of targeted systems. “

Cairo said risky websites, which use the Apache Log4j logging library, are being inspected and will become publicly available once they are cleared of their vulnerabilities.

The ClicSantÃ© portal used to make appointments for the COVID-19 vaccine in the province does not use the compromised logging system, so the website remains accessible.

Although the number of targeted websites runs in the thousands, Cairo says the public can expect most to come back online fairly quickly, as not all of them are in high demand.

Detecting a website for a vulnerability is a short process, but without an inventory, he says, checking to see if all websites are using the affected library can take several days.

“It’s like saying how many rooms in all Quebec government buildings use 60-watt light bulbs,” he said. “I don’t know, so you go into every room and see if it’s a 60 watt.”

Eric Parent, cybersecurity specialist and CEO and founder of EVA Technologies, says the government’s systematic approach is a strategy any cybersecurity expert would recommend.

“We have also seen attackers exploit [the vulnerability] in various parts of the world, which means they are ready to use it, â€he said.

“The best scenario is to turn everything off and reset each system because you know they are fine.”

The province is joining the Canada Revenue Agency, which suspended its online service on Friday after learning that a “security vulnerability was affecting organizations around the world.”