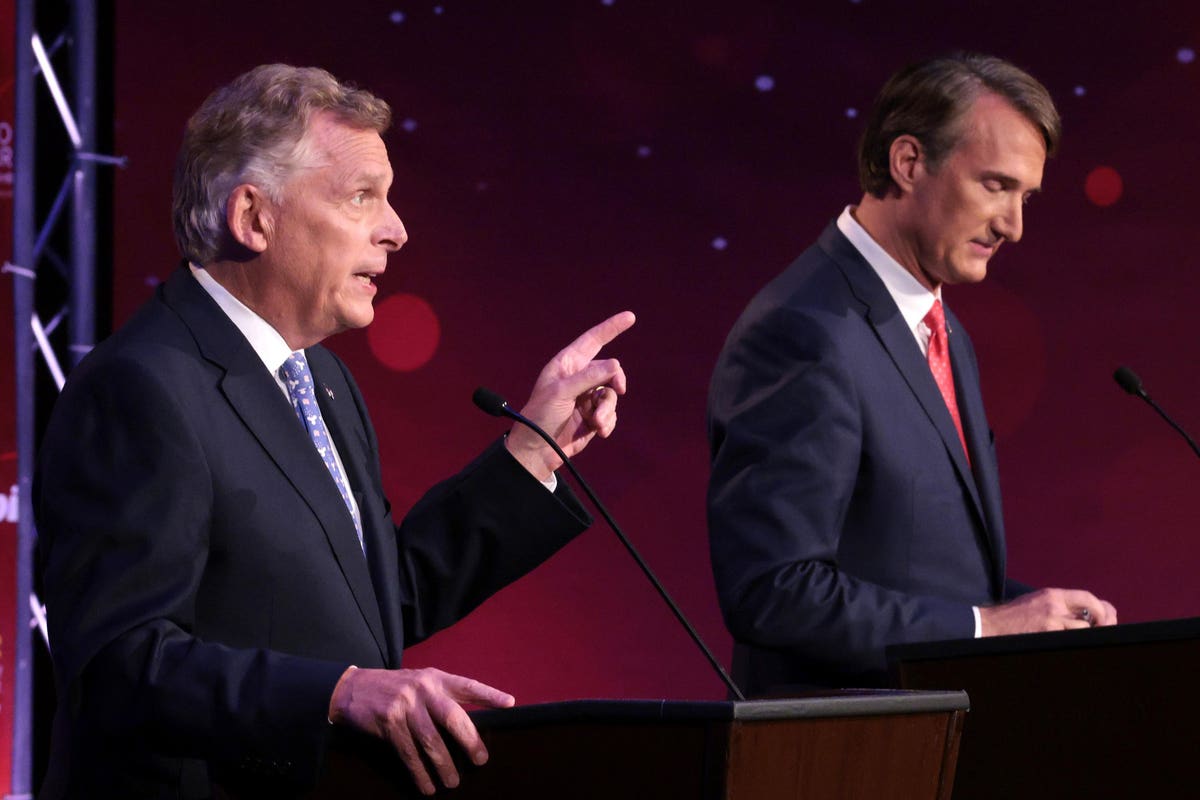 Education is neck and neck with the economy as the single most important issue facing voters in the Virginia election between Democrat Terry McAuliffe and Republican Glenn Youngkin.

This should come as no surprise given the intensified microscope that this universal problem has been on throughout the pandemic. To paraphrase the famous phrase from the film Sunset Boulevard, education is ‘close-up’.

Two recent polls of Virginia voters in their state tell the story best. In September, education was the third priority for voters, just behind the economy and the coronavirus, but last week another poll shows education comes right after the economy.

This shifting trend may reflect the popularity of innovative responses to parents’ demand for more and better options for their children, such as micro-schools, parent modules, and different virtual and hybrid learning approaches that challenge importance of education at the forefront of voters’ minds and concerns. Along with this growing recognition is a perceived hostility to parental rights.

“Parents claim that they have the right to shape the school curriculum for their children. They don’t. was an editorial headline in the Washington Post last week popular by American Federation of Teachers President Randi Weingarten, and thousands of her supporters on social media, but strangely, not by parents.

This kind of rhetoric was once lacking in many parents. They were rightly too focused on their own business, family, and work, to pay attention to education policy – but no more, if some of the brewing state battles are any indication. That Virginia’s race is decided today, according to most polls and media, through education should come as no surprise. There and across the country, school boards have been slow to rectify the learning challenges associated with Covid. Parents expressing concerns about late test results and difficult content are greeted with hostility rather than democratic debate. While some argue that parents should not have a say in how their students are educated, an October Echelon Insights survey of 1,098 registered voters found that “the vast majority (72%) supports the idea that K-12 parents should have the most or some influence over what schools teach, including 78% of parents. Only 21% say parents in Kindergarten to Grade 12 should have no influence.

This rift between parents and education officials has created a perfect storm for advocates of choice of education, from choosing your own public school to choosing private schools where funds allocated for education go to. a child follow this pupil to the school chosen by the family. A June 2021 RealClear Opinion Research poll found that 74% of voters support school choice, with widespread support across party lines – 83% of Republicans, 69% of Independents and 70% of Democrats say whether they strongly or somewhat support the choice of school.

This is nothing new among the voters most affected, namely the parents of BIPOC. An August 2019 EdNext poll found that â€œAfrican American Democrats support targeted vouchers, universal vouchers and charter schools at 70%, 60% and 55%, respectively. Among Hispanic Democrats, support for the three policies is 67%, 60% and 47%. On the flip side, only 40% of non-Hispanic white Democrats support Targeted Vouchers, 46% support Universal Vouchers, and 33% support charter schools. A January 2019 Pew Research poll found education to be one of the top three concerns of 18 issues tested across all voter demographic groups.

Credit for shining the spotlight on education as a burning issue goes to minority parents who were pissed off during the presidential primaries by the apparent lack of emphasis their Democratic candidates placed on equity in education. education. Groups like the Powerful Parent Network and â€œSave Chartersâ€ held rallies (sometimes in pouring rain) ahead of Democratic presidential debates in 2019 and 2020 in Atlanta, Pittsburgh and Los Angeles. Under the banner and hashtag of â€œWhat About Us?â€, They demanded that candidates hear â€œnot just from educators, but also from real parents whose children are being left behind generation after generationâ€.

The late Senator Everett Dirksen used to tell politicians that “even though they cannot see the light, they can feel the heat”. This appears to have been true for education this year in reaction to the thousands of individuals and organizations who have focused on the openness to change that Covid has provided. Lawmakers and governors across the country have apparently felt the heat, as 14 states recently enacted legislation giving parents more power, with Michigan looking close to being 15th.

This is a very good thing, not only for education itself and the future of disadvantaged children around the world, but also for the direct and indirect ways in which greater national attention to educational opportunities benefits a multitude. of issues – business and entrepreneurship, government, a more educated population and involved citizens, national security and more.

Education is once again ready for its big shot, thanks to powerful parents and advocates across the country whose voices and demands do not go away, and in fact grow in number and influence almost daily. American children can only benefit.