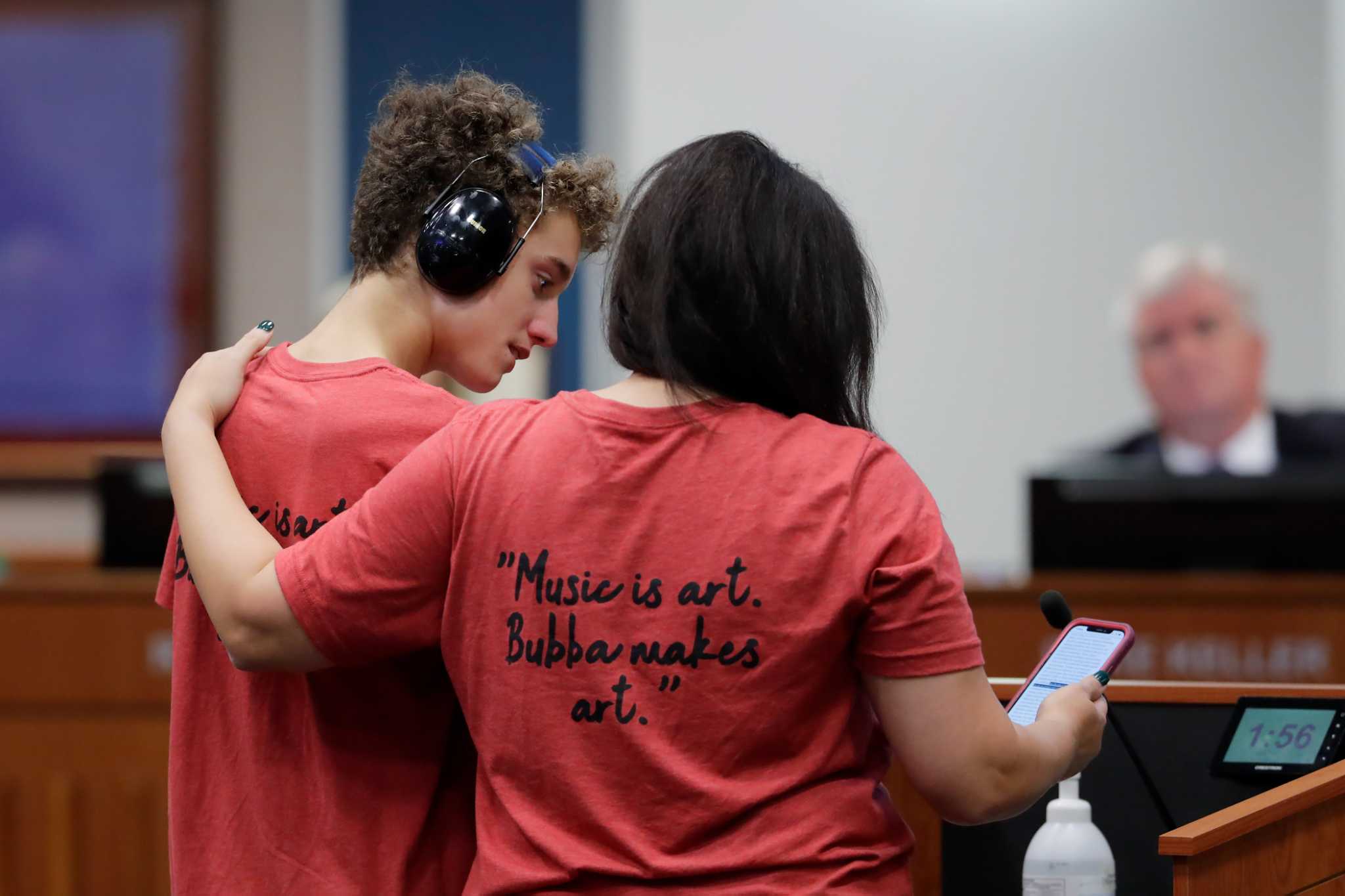 A breach over the blocking of LGBTQ + websites on the Katy Independent School District server continued to divide the district on Monday evening.

After the district removed five books from high school libraries and discovered that the district was blocking students from accessing multiple LGBTQ + websites, parents and students at Monday’s board meeting stepped on the podium to support or oppose the action.

Katy ISD is blocking the websites of organizations that serve LGBTQ + children, including the Trevor Project, a nonprofit suicide prevention organization, through the District Student Internet, according to an analysis from the Houston Chronicle.

Other sites apparently blocked by the district include the Montrose Center, a Houston nonprofit offering youth services and support groups, and Human Rights Campaign and Advocate, an information source focused on the LGBTQ + community. A post from katyisd.org stated that the sites are listed in a blocked category called “Human Sexuality.”

Blocking websites makes it harder to access essential and often vital resources for LGBTQ + students, advocates say. It also sends the message that they are not accepted or affirmed in their identity, according to advocates.

“When a student is on the verge of suicide, having access to the resources of a lifeline for suicide prevention like Project Trevor is a matter of life and death,” Cameron told the board. Samuels, a senior at Seven Lakes High School. â€œThe same applies to resources like the Montrose Center, and it is undoubtedly discriminatory that a category of internet filter like this existed in the first place. “

Supporters of the district actions noted that other websites dedicated to suicide prevention are still available to students, eliminating the need for LGBTQ + specific sites such as the Trevor Project. Advocates disagree, saying counseling resources unique to LGBTQ + students are essential.

“It has been said that the administration sees no need to include such sites as mental health resources are available in other places,” said Dr Eliz Markowitz, a former Texas House candidate. “However, just as you would not recommend rehab for someone with anxiety, the resources at these sites are targeted to meet a specific need.”

The district also decided to remove five books that parents deemed inappropriate: “Jack of Hearts (and Other Parts)” by LC Rosen, “Forever for a Year” and “The Nerdy and the Dirty” by BT Gottfred, “Me and Earl and the Dying Girl “by Jesse Andrews and” Lawn Boy “by Jonathan Evison.

â€œActivists have used textbook censorship to silence others, and they say they stand up for students and families,â€ said Dr Ryan Abt, who studies education and the intersection of gender and of the race. â€œThey’re not. They want to limit the materials in schools, who these materials represent and who these materials support.â€

The district announced last week that it was launching a massive review of library books that can be considered “ubiquitous vulgar” after a group of parents complained at the latest language board meeting. explicit in some books available to students. Katy ISD plans to restructure the difficult book process and encourages parents to use its new online portal to file material complaints.

Supporters of the district’s decision came out in favor of the action and called on council to uphold its decision.

â€œI hope this is a permanent takedown and that (the books) will never come back to the shelves of our children’s libraries,â€ said Mary Ellen Cuzela, substitute teacher for Katy ISD. Calling the books “vulgar” and “obscene,” Cuzela also pleaded with the district to sever ties with the American Library Association, which she accuses of distributing controversial literature to schools.

â€œDon’t be fooled by the endorsement of the books by these associations or the awards,â€ agreed Karen Perez. â€œI’m glad that you are removing some books and revamping this process, but many librarians are spoon fed with ALA materials and training. “

In October, a complaint filed by a member of the community about the so-called critical race theory and “Marxism” depicted in a graphic novel prompted the district to temporarily remove all copies of the work from school libraries and to postpone an event with award-winning Black. author Jerry Craft. The district restored the books and rescheduled Craft’s lecture after a review.

In November 2017, the school system temporarily removed “The Hate U Give” from its libraries after a parent complained about his language at a board meeting. The book was allowed to return to district high school libraries, but with parental approval required.