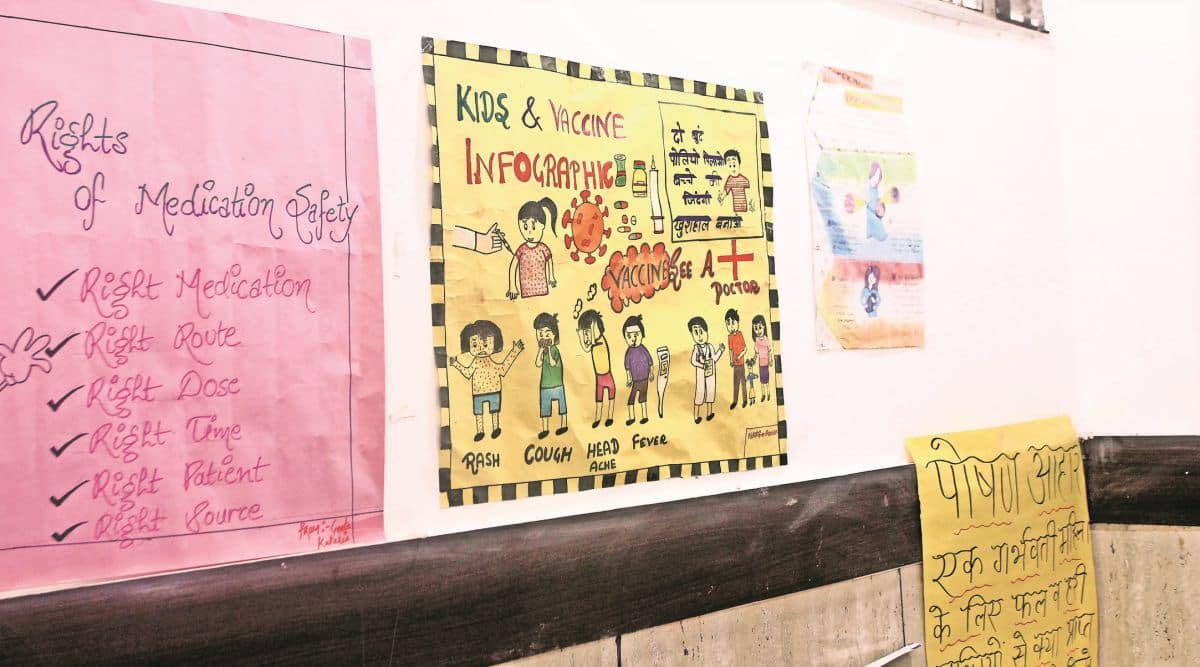 Delhi government to roll out Covid vaccination campaign for children aged 15 and 18 years old from 159 sites in public hospitals, primary health care centers and public schools from Monday. The drive will be extended Tuesday in “camp mode” in private schools if more than 500 children are ready to be vaccinated.

Almost all of the sites that will start immunizing children on Monday are existing sites where Covaxin is administered. This is in addition to the paying centers of private hospitals.

â€œThe existing Covaxin centers will be used for the vaccination of children. However, completely separate sessions (separate counters) will be set up for them. All centers will allow vaccination through online registration and without an appointment; of course, those with online appointments will be preferred, â€said a senior North West District official.

In addition to district government sites, camps will be set up in at least two private schools from Tuesday to immunize children there.

According to data shared by the central government, at least 1.01 million children between the ages of 15 and 18 in Delhi are eligible for vaccination.

In cases where camps are set up in schools, the written consent of parents or guardians will be required to be vaccinated, a senior Delhi government official said.

â€œAll children can get vaccinated at any government center. However, to quickly reach the maximum number of children, we will be running camp-based vaccination campaigns in schools, including private schools, later in the week. This will happen in schools where there are more than 500 children who wish to be vaccinated. The space will be provided by the schools and our team will go there and lead the drive. The deputy director of education had a meeting with the schools, â€the official said.

In government centers, children must be accompanied by a parent.

Slots for childhood immunizations on the government platform CoWIN opened at noon on Saturday and at least seven centers were booked by 2 p.m., according to the website.

Precautionary doses for healthcare workers, frontline workers and people over 60 with co-morbidities will also begin from Jan.10, according to the centre’s management. There are over 3,80,000 of these eligible people in the capital.

A person’s eligibility for the shot will be posted on CoWIN based on the nine month eligibility criteria. â€œThere is already a separate list of healthcare workers and frontline workers on CoWIN that will be tracked. For frontline and healthcare workers who have received the vaccine as part of the general immunization, they can get a letter from their organization to be prioritized for the precautionary dose after the nine-month interval, â€the said. senior government official.