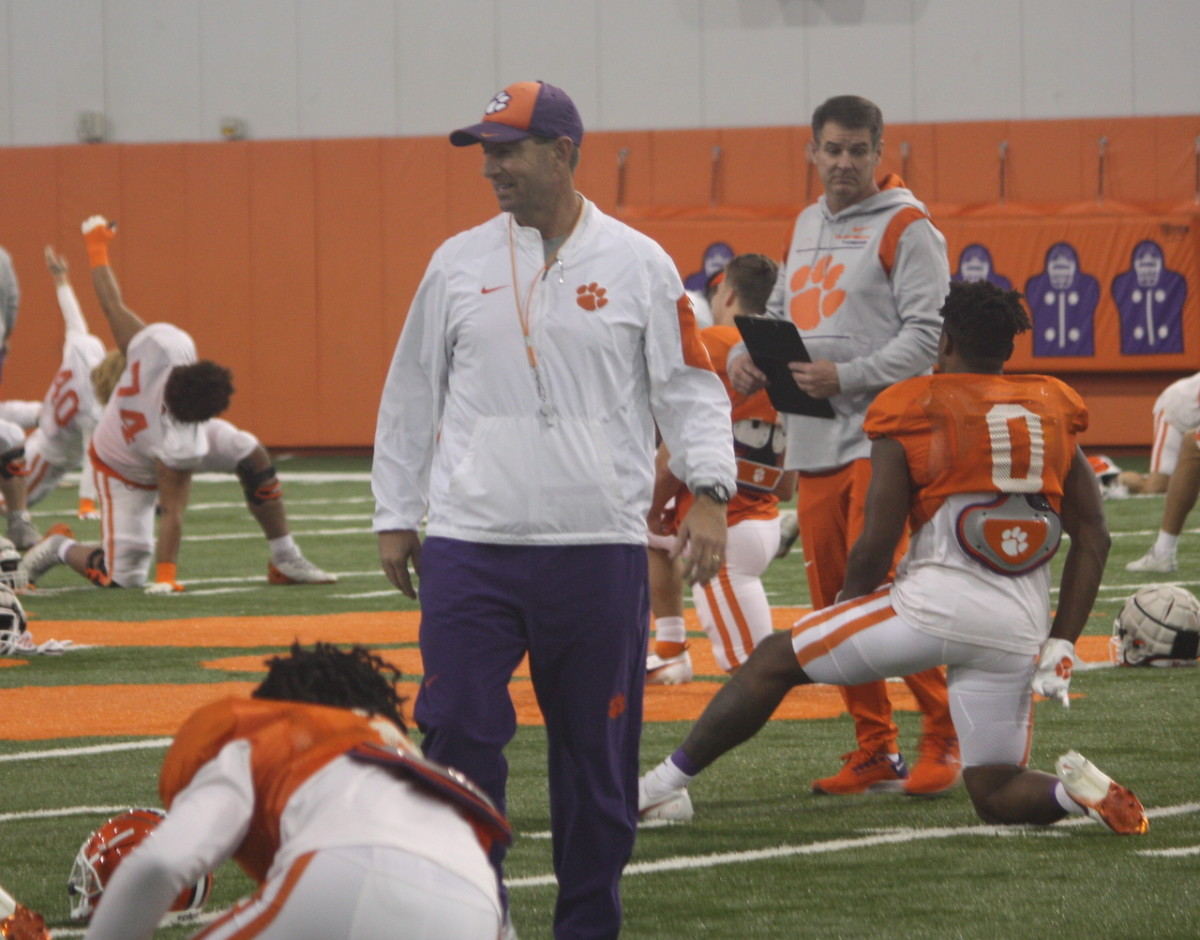 There is a good chance that you have heard, read, or perhaps even said the following statements in the past few weeks:

It’s the era of college playoff football, and it’s something that a lot of people find it hard to find interest in or enjoy in these games. And it’s hard to blame them or argue. We all want to see the best possible games with the best players on the pitch, but that just isn’t the overwhelming case.

Withdrawing from the playoffs has become so common that there are websites that run constant follow-ups to keep you up to date on who is sitting down. So many players are skipping their last game to prepare for the NFL or entering the NCAA transfer portal.

Take the state of Iowa, for example. Clemson’s No.19 Cheez-It Bowl opponent on Wednesday will be without running back Breece Hall, the Cyclones’ best weapon. They also had 10 players who opted out of the program since the end of the regular season.

Factor in the countless injuries Clemson suffered this year, and the bowl game list is not loaded. Many players in Wednesday’s game will have to play a ton of snaps in a game that’s not for something bigger.

Sure, the Tigers are aiming for 10 wins, which would increase the 11-season winning streak to double digits, but a Cheez-It Bowl trophy and rings don’t provide the same cache as Clemson’s previous six seasons when he went to a CFP bowl.

The difference was felt immediately by the players. There was no red carpet when they arrived. Heck, the school didn’t even charter a flight. The Tigers had to find their own way to Orlando, which is common for these games right around Christmas.

Their offensive and defensive coordinators from the last 12 games are gone. It won’t feel like a big game, and the stakes aren’t what this program is used to, so how will Clemson react to that?

It could easily be declared as one of those “crazy” games, full of excuses, where the Tigers choose not to show up.

But there’s a big reason why it probably isn’t. No one has withdrawn. When the media was cleared to practice, there was Andrew Booth Jr., a potential first-round NFL draft pick, training with his teammates.

Veterans Xavier Thomas, KJ Henry and Tyler Davis were doing tough exercises. Receiver Joseph Ngata was doing all he could while wearing a green jersey in hopes of returning to the pitch for the first time since early November.

When the depth map was released, the names of everyone who was supposed to be on it was there.

â€œI know we use all-in all the time, but these guys are program guys. They’re really engaged, â€said Clemson defensive coordinator Wesley Goodwin. “It’s just a testament to the players we’ve put into our program and the standard set by Coach Swinney.”

Swinney’s culture is put to the test, and Wednesday’s game can show that this is not a power program that despises lesser opportunity.

The gauge to prove whether they really care or not isn’t necessarily the win, but if depth chart and engagement are any indication, putting in the right effort is a win that many bowling teams miss out on. at this time of year.

Want to participate in the discussion? 100% FREE! Interact with fellow Tiger fans and listen directly to Editor Zach Lentz, Associate Editor Brad Senkiw, Recruitment Analyst Jason Priester, and Writer Will Vandervort on any topic. Click here to become a member of the ALL CLEMSON forum community today!