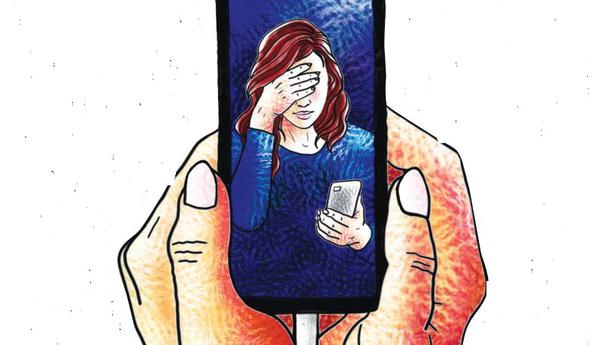 RReading the newspaper one recent morning, I was struck by a headline: “Meta Prosecuted Suicide of 11-Year-Old Child.” The report from the United States left me feeling sorry for the child’s mother, who chose to call out the “culprits” who caused the deaths of her young.

She alleged that her daughter suffered from depression and sleep deprivation due to a severe addiction to Instagram and Snapchat. The report reminded me of a similar case in the UK where a man partly blamed Instagram for the suicide of his 14-year-old son.

It sent shivers down my spine when I recalled a similar case of an alleged teenage suicide whose family I know personally. She was probably upset about her Instagram photos and being scolded for them. It is indeed frightening that our children like to spend more time on these social media platforms than with us parents.

Being a mother of a 13 year old daughter, I instantly slipped into a deep introspection. She recently introduced me to a word called “ghosting” – friends who suddenly choose to disappear from your life. A sudden feeling of being ignored and neglected by friends had seriously damaged her self-esteem. It sent me on a guilt trip.

Today, when the majority of us have only a child or two, are we even more incapable of caring for them and ensuring their happiness? Most of my colleagues and friends blame this on social media. Much of the problem stems precisely from this, with COVID-19 making it worse as even education had moved online. This has created a schism within households, reducing family time to almost zero. With both parents of a nuclear family going to work, things get worse.

Numerous cases of online addiction, bullying and abuse have come to our attention lately, indicating the possibility of a youth mental health epidemic soon.

Class 6 pupil committing suicide in Madhya Pradesh for losing money on an online gambling site, and a 17-year-old in Gurugram ending his life following a girl’s comment against him on Instagram points to the dark side of the internet. Recent cases of Bulli Bay and Sully The promotions apps, along with the abuse of women in the Clubhouse app, make me nervous.

Are social media companies ready to value public welfare more than their profits? In the US Congress, Frances Haugen, a former Facebook employee turned whistleblower, said these photo-sharing and messaging apps deliberately designed algorithms that keep teenagers hooked to their platforms.

“Engagement-based ranking,” she said, is Facebook’s system of algorithms that chooses the post at the top of a user’s feed. Meta proves to be extremely harmful to youngsters who are increasingly becoming addicted to its sites such as Facebook, WhatsApp and Instagram.

In an interview with TimeHaugen says the most dangerous thing about engagement-based ranking is that it’s much easier to inspire someone to hate than to teach someone empathy. She expressed concern about new internet users in countries like Ethiopia and India who are not mentally equipped to judge the authenticity of data.

At the inauguration of India’s first Internet Governance Forum from November 25-27 last year, Information Technology Minister Ashwini Vaishnaw said: “Responsibility for content placed on social media platforms and websites should be clearly defined. Given that the way content is created, consumed and viewed has changed, there is certainly a need to rethink the governance structure of the Internet.

The 2021 Information Technology Rules respond to growing concerns about child safety and recognize the need for social media platforms to be held accountable for content.

As a parent, I can only hope for quick action from our legislators to put in place a mechanism that will hold companies accountable for content on their medium.