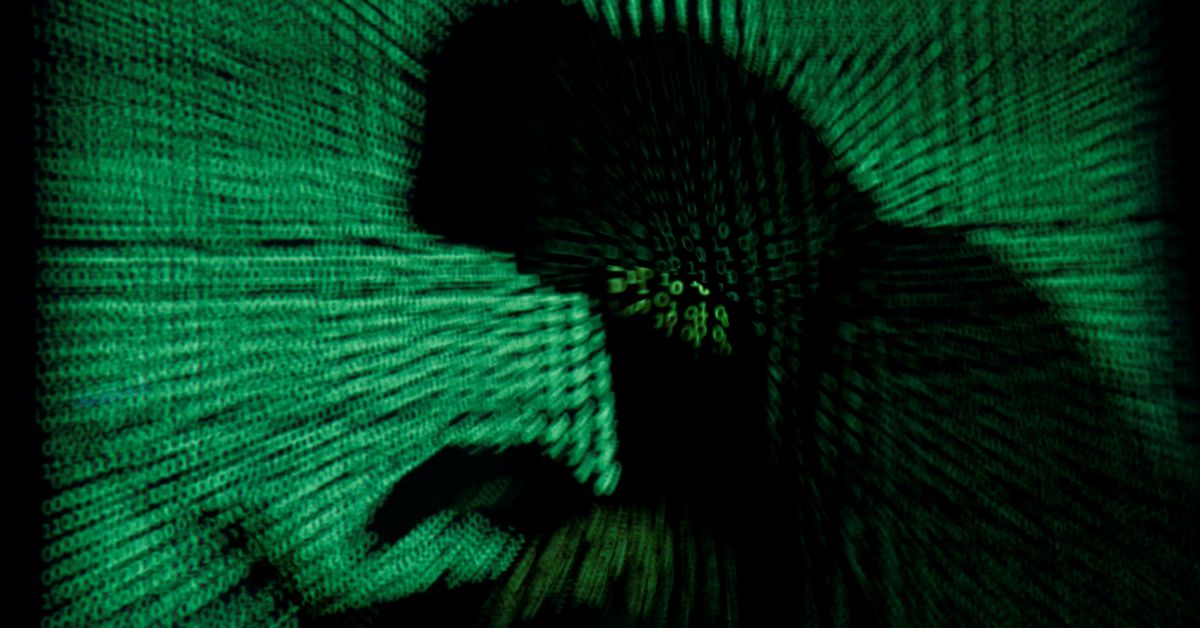 A hooded man holds a laptop computer as cybercode is projected onto him in this illustrative photo taken May 13, 2017. REUTERS/Kacper Pempel/Illustration

TAIPEI/WASHINGTON, Aug 2 (Reuters) – Digital attacks on Taiwanese government websites ahead of U.S. House of Representatives Speaker Nancy Pelosi’s arrival in Tapei on Tuesday were likely launched by Chinese activist hackers rather than by the Chinese government, a cybersecurity research organization said.

The Taiwan presidential office website was the target of a distributed denial of service (DDoS) attack on Tuesday and malfunctioned at one point, the office said in a statement. Read more

Access to the website was restored about 20 minutes after the attack, the statement said. Taiwanese government agencies were monitoring the situation amid “information warfare”, a spokesperson later added.

A government portal website and the Taiwan Ministry of Foreign Affairs website were also temporarily taken offline on Tuesday.

In a statement, the Foreign Office said the two websites received up to 8.5 million traffic requests per minute from a “large number of IP addresses from China, Russia and other countries”.

The attacks continue, the statement added.

DDoS attacks work by directing high volumes of Internet traffic to targeted servers in a relatively unsophisticated attempt by so-called “hacktivists” to take them offline.

“These are uncoordinated, random and moralless attacks on websites that Chinese hacktivists use to get their message across,” said Johannes Ullrich, dean of research at the SANS Technology Institute, an education and research organization. in cybersecurity.

“Usually it lasts a few days, but they often lose interest within a week. Many attacks are motivated by what is written in the Chinese press,” Ullrich added.

A similar cohort of Chinese IP addresses has been scanning the Internet for easily exploitable low-level vulnerabilities since Friday, he added, and is not typical activity carried out by Chinese government hackers.

Reporting by Yimou Lee in Taipei and Christopher Bing in Washington Writing by James Pearson; Editing by David Gregorio and Sandra Maler

Award-winning journalist covering the intersection between technology and national security with a focus on how the changing cybersecurity landscape affects government and business.