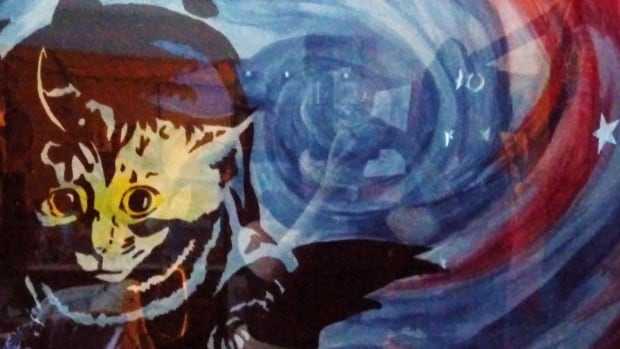 Megan Schofield was raised on the stories of a school of magic that only taught art: NSCAD University.

She found her niche there, but a diagnosis of diabetic retinopathy came just a few months after graduating from NSCAD in 2017. Her vision began to fade, but her passion for art never went on. weakened.

“It seemed like there was no reason to give up now,” said Schofield, who lives in Halifax. “Like, I’ve come this far. We have to go further. That’s what I really want.

“A few problems and complications aren’t going to bring me down now.”

Schofield is one of the many artists participating in this year’s Art of Disability Festival. It runs August 16-20 and is hosted by Independent Living Nova Scotia.

For the second year in a row, everything is happening online as the province and country grapple with the COVID-19 pandemic.

During the festival, people can browse the virtual catalog of artists on the ILNS website and visit their personal websites or social media pages to view the works available for sale.

The online aspect means the event is open to any Canadian artist this year.

First entry to the festival

Schofield, who mainly draws, saw his vision stabilized after a series of treatments and injections. But she is legally blind in both eyes without corrective lenses.

Her vision loss changed her job, she said, causing her to focus more on contrasts like light and dark, which is what she sees most easily.

This is Schofield’s first time attending the festival, and she said she liked the idea of ​​something showcasing artists and designers who “just don’t get as much attention as I think a lot. of them should “.

Jen Powley, another festival attendee and Halifax writer, also said she wanted to participate because she is “constantly amazed” at what others are able to do.

Powley has published two books: a memoir entitled Just Jen on living with multiple sclerosis, and an interactive fiction titled Sounds like an adventure in Halifax.

“I love to create because I control the words. I can tell when and how,” Powley said via a text-to-speech system.

“The event is important because it highlights what people are capable of doing, not what their disabilities are.”

She said bringing the festival back online this year was the right decision as many artists are in vulnerable health situations and that removes any risk.

But the fact that an event like this is yet to exist in 2021, at a time when people with disabilities have low employment rates and little government support, is “disheartening,” Powley said.

However, Powley said such a festival helps build a better province. As Nova Scotia pledged to make the province accessible by 2030, Powley said the biggest obstacle to achieving this goal was overcoming “deep-rooted” stigma.

She said the festival shows the talents and imagination of the participants.

Meaghan Ernst and Brad Gabriel, summer co-coordinators for ILNS, said in a recent interview that they had around 12 artists registered so far, but hoped to have many more before the deadline for Thursday.

In the past, Ernst has said that he has had artists in a variety of mediums including books, paintings, sculptures, costumes, and many other art forms.

ILNS also hosts free virtual events throughout the week on Zoom, including a painting and dancing event.