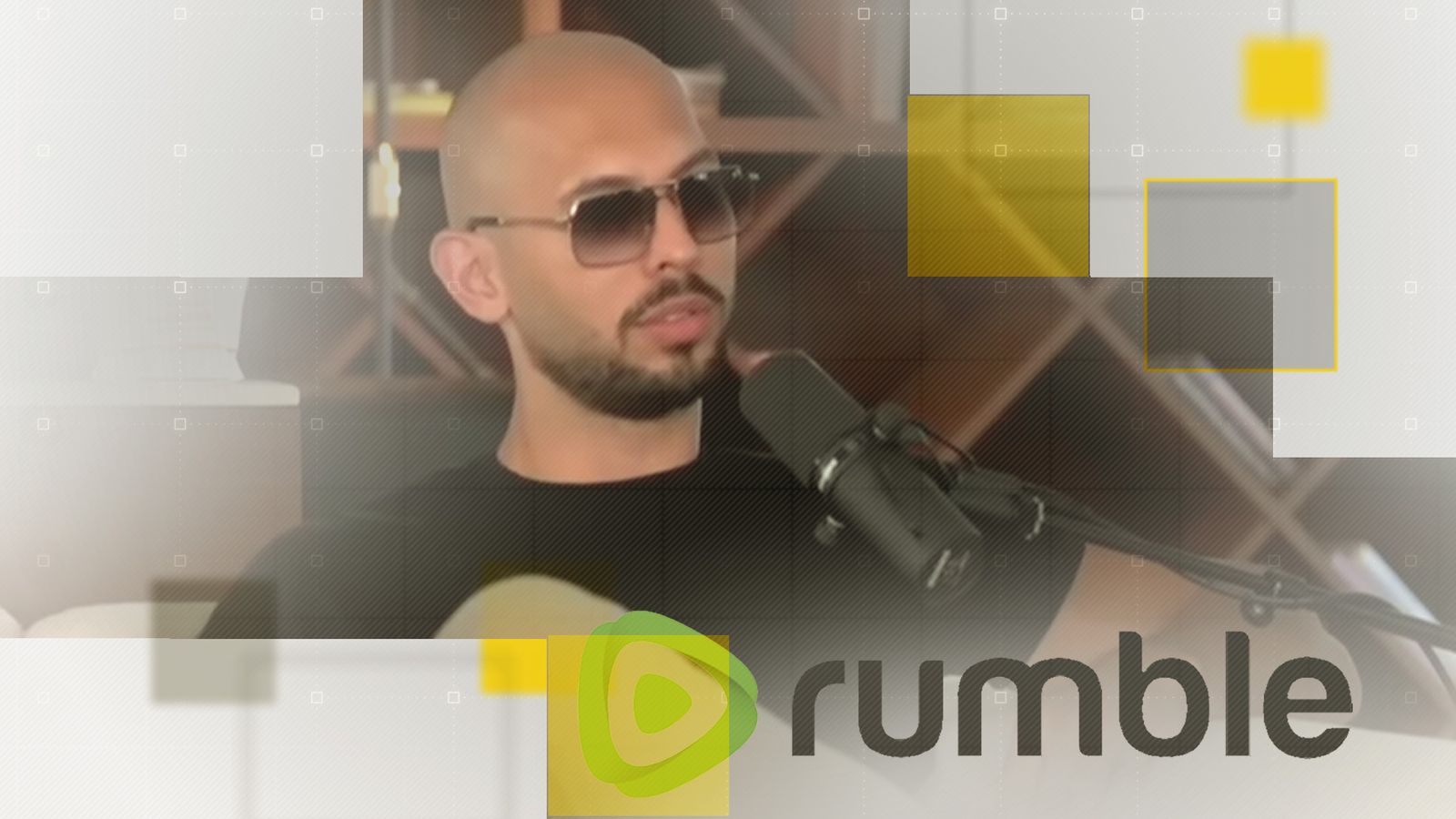 The week of August 22, when Mr. Tate announced a “mass exodus” to the platform, daily active users on Rumble jumped 45.3% from the previous week, according to data collected by the company. similarweb digital intelligence.

The former kickboxer turned social media influencer says the platform will give him the freedom to continue creating content, some of which has been described by women’s charities as containing “extreme misogyny”.

But social media experts say the decision to relaunch on an alternative platform like Rumble is a “well-trodden path” for controversial figures banned from mainstream sites and that many are struggling to maintain the same level of influence they once enjoyed.

‘Deplatforming’ and switch to Rumble

Mr Tate gripped social media for months this summer as outrage over his controversial and often offensive views exploded.

But at the end of August, he was cut off from his millions of followers when major platforms banned his accounts for violating their harmful content guidelines. Some of the most notorious clips show Mr Tate claiming that women are the “property” of men and that women bear “some responsibility” for being raped.

Mr Tate has denied claims he holds misogynistic views and accused his critics of taking old footage out of context.

Shortly after being banned from mainstream platforms, the influencer announced in an interview with Tucker Carlson on Fox News that he would be using Rumble instead. The streaming platform describes itself as “immune to cancel culture” and is one of the few sites that hosts infamous conspiracy theorist Alex Jones.

Around this time, traffic to Rumble’s site increased.

The next day, the number of daily active users on Rumble’s website and mobile jumped nearly 50%.

The numbers don’t tell how many of those who visited Rumble during this time did so because of Mr. Tate, and Rumble has been reporting steady growth in activity on the site for some time now.

However, Mr. Tate’s content on Rumble received far more engagement after he was banned from posting on other social media platforms and announced his move to the site than he would. had done it before.

Until July this year, Mr Tate’s Rumble videos rarely received more than 5,000 views and often far less than that.

An archived version of his August 26 Rumble profile shows episode 13 of his “Emergency Meeting” live podcast at just 4,265 views.

The next episode – which could no longer be streamed on YouTube due to the ban – scored over 680,000 views on Rumble.

Similar follower growth was seen on Mr. Tate’s Gettr page. Unlike Rumble, Gettr is a text-based social media platform, but it’s built on a similar premise of what it calls “rejecting political censorship” and “promoting free speech.”

The first version of Mr. Tate’s Gettr page available through the Internet Archive is from August 20, after he gained internet notoriety and his accounts were removed from some platforms.

Despite his notoriety on the internet, Mr Tate had just over 4,000 subscribers to the site at the time.

But experts say this phenomenon is not uncommon for controversial figures who have been banned from mainstream platforms.

“It’s a path well trodden by controversial figures online. Like Alex Jones and the others, he found Rumble and Rumble found him. This is a match made in controversy heaven,” said Matt Navarra , a social media expert and industry analyst. .

But Mr Navarra says that while Mr Tate can attract a significant audience on Rumble, it is “not comparable to the scale of audiences you can attract on the platforms he is banned from”.

This point is echoed by the Center for Countering Digital Hate, which campaigns against online hate and misinformation.

“Our research, along with cutting-edge academic research, shows that while these ‘influencers’ may transfer some of their followers to alternative platforms after being removed from more mainstream platforms, they almost invariably fail to regain both reach next and wider content they had on platforms with billions of users and recommendation engines like Facebook, Instagram, TikTok or YouTube.” said group CEO Imran Ahmed.

Rumble did not respond to Sky News’ request for comment.

The Data and Forensics team is a versatile unit dedicated to delivering transparent journalism from Sky News. We collect, analyze and visualize data to tell data-driven stories. We combine traditional reporting skills with advanced analysis of satellite imagery, social media and other open source information. Through multimedia storytelling, we aim to better explain the world while showing how our journalism is done.